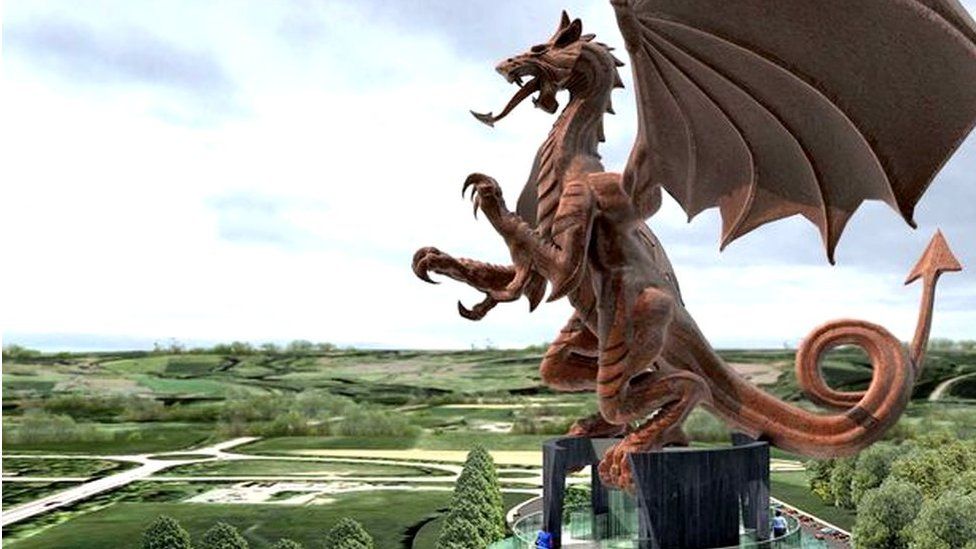 A cancer charity boss who put public donations into plans to build a giant Welsh dragon has been ordered by the High Court to pay more than £117,000 to local cancer causes.

ล็อคดาวน์ 168 For players with low capital Playing in the free trial mode helps you to invest heavily in the game.

But not one donation was made by the time it closed in 2018, and the dragon was never built.

Mr Wingett invested £410,000 of the charity's earnings into a project for the 210ft sculpture in Chirk, Wrexham.

The bronze dragon had planning permission to be erected on a former colliery site near the A5.

He had long claimed it would become a tourist attraction to rival well-known landmarks such as the Angel of the North.

His charity, Frank Wingett Cancer Relief, was set up by his father to buy equipment and resources for cancer patients in Wrexham and the surrounding area, after he was diagnosed with throat cancer in the 1980s.

Its last payment in 2011 to Betsi Cadwaladr University Health Board was for £4,500.

Following an investigation by the Charity Commission, which began in 2017, Mr Wingett was banned from acting as a trustee of any charity for 10 years.

He has now been ordered by the High Court to pay more than £117,000, which will be distributed to local charities supporting the relief of cancer patients treated in Wrexham.

The charity regulator said on Thursday that the dragon statue project had "no connection to advancing the charity's aims and, to date, no statue has been built".

Tracy Howarth, the commission's assistant director of casework, said: "We and the public, expect trustees to ensure financial decisions are taken in the best interests of the charity and those it serves to benefit.

"Mr Wingett's significant misuse of funds was an abuse of the trust placed in him by the many donors to the charity.

"This ruling will ensure the charitable proceeds raised are now directed to the benefit of those in the local community they were intended for."

Mr Wingett has been approached by the BBC for comment.